by Nina
in British Columbia


I gaped at her, speechless.

"What?! Your kidding, right?" I saw her lips twitch up into a small grin. Her fair hair fell in curls on her shoulder, and only her radiant laugh broke me out of my trance. My hand was twitching in midair, and then it hit me: i had been about to touch her hair. I felt my face get warmer, and then suddenly, there was a knock. Freya's warm expression was replaced by those icy eyes once more, the walls she had started to let down built back in an instant.

I got up hesitantly and went to open the door when i was stopped by two small and fragile hands. Freya's eyes burned with helplessness and something else i couldn't quite put my finger on...

Then i saw it, as clear as glass. Fear. Fear embedded in those cold, lifeless eyes. Her voice came in a trembling whisper:

"Don't tell them i am here. P-please." She added, when i looked unsure. I squeezed her soft hands and nodded. She would be the only one able to tell me the truth. About everything. I had to trust her. For now. Freya's arms pulled away from mine as she retreated back into the living room. Slightly dazed, i pushed open the entrance door and froze.

There, in front of me, were two government officials in uniform, holding badges in my face.

" We want to speak to Jackson Normelk." The blond haired man spoke in a firm tone. They meant business. My head swam with bitter confusion. What did they want with dad? Was he in trouble?

I swallowed, then spoke in a shaky sort of tone:

"H-he is not home right now." The two men looked at each other and then back at me, having not expected this.

"I am his son," There was no point in lying, that would lead to other white lies and would make them investigate. "Daniel Normelk." The officers gave a start, startled, but then regained their composure instantly. The one with dark, silky hair coughed and spoke.

"Do you know where your father is?" I narrowed my eyes slightly. Whoever these people might be, they screamed trouble.

"He is on vacation. I had school so i'm staying home." Of course, i didn't really know where he and Rosalyne had gone; i was merely misleading them. If dad didn't want  to be found, then he wouldn't be.

"Where?" The blond one asked, raising an eyebrow.

"I don't know," I said honestly, " He didn't say." The two men looked unconvinced and otherwise unsatisfied, but didn't say another word. The dark haired man handed me a printout, then left. The blond followed close behind. After a few minutes they were out of sight. I closed the door absently and stared at the piece of paper. My eyes widened.

It was a picture of Freya, and on the bottom was written, in white bold letters: 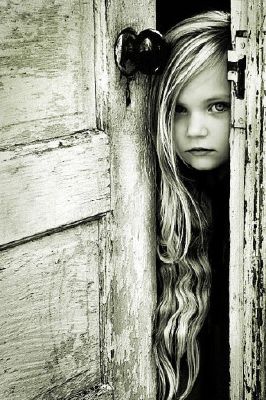 Wanted by the government.

Freya was wanted. Dad somehow had something to do with this. I felt nauseous as i went back into the living room. Freya was fast asleep on the coach. I fetched a blanket and threw it on her, then went into my own room and lied down. I stayed up all night, trying to make sense of it all. Who was Freya and why was she wanted? Where were dad and Rosalyne? And most important of all:

What was dad's real Job?